We are honored to be part of so many personal stories of healing.

Here are a few to highlight the courage and hope of our clients:

An Emotional Wake-Up Call for One Man

Mark is a single dad in his 30s with an unresolved history of anxiety and depression. He ignored his needs until he was required to come to counseling as part of an Operating While Intoxicated charge he received (his first). The OWI was a wake-up call for him. Mark had constant worried thoughts and was very guarded at the start of therapy, being careful of his word choices and only referencing that “bad things” happened in his life, but he did not want to address them.

Mark has a good job in the construction industry, but work like that does not come with health insurance. His therapist at Foundations has included both mental health and addiction in his treatment plan. Mark quickly connected with his therapist, and he is invested in the process. His young son as his primary motivator to be healthy and stable. He is addressing the physical abuse that he incurred at the hands of his own father, and how that has impacted his mental health and alcohol use. He told his therapist that, while he is ashamed of the OWI, he is glad that he got a wake-up call to address his own mental health and his son’s future. 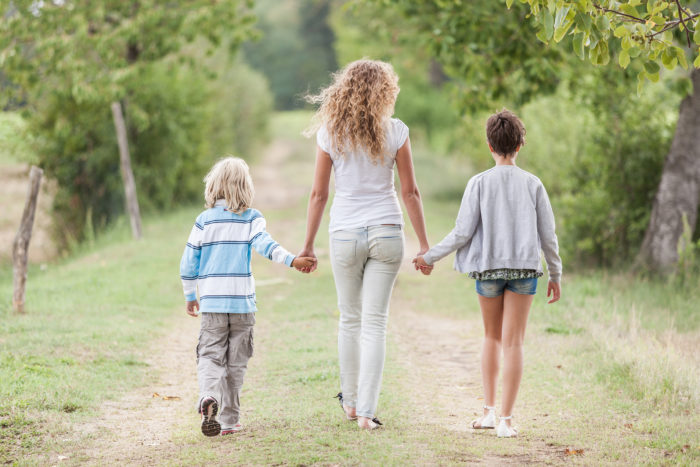 At 25, Amy was the mother of two young children who had divorced from her husband. She felt alone and unsure of her worth. After discovering Foundations, Amy was grateful for the opportunity to receive therapy even without insurance. Her therapist worked with her on her own validation and feeling of importance.

She was able to come to terms with the loss of her marriage and learned to look toward the future with excitement. Amy is now in her 30’s with a career she enjoys.  “I am a better mother, friend, and employee because of therapy,” she says. She still returns to therapy as part of her self-care routine to get through the highs and lows of life.

From Homeless to Hopeful

Freddie came to see the onsite therapist from Foundations at a local shelter. He had been struggling with depression, as it was his first time experiencing homelessness after the recent loss of his brother. Freddie reported trouble sleeping, frequent crying, and thoughts of suicide. He broke down crying in the therapist’s office. His therapist assures him that crying is not a sign of weakness, but a symbol of his values. For months, Freddie attended weekly sessions with his therapist. His mood gradually improved, and then he suddenly stopped attending therapy. Freddie came back to a therapy session a month later, and was overjoyed to share his new sense of pride. “I wanted to come back to thank you and show you how I look with my pride back!” He had found employment and an apartment, in large part because of the inner work he had accomplished in therapy.

Getting Unstuck After a Suicide Attempt

Joan is a single mom of 4, she came to Foundations after a second suicide attempt. Joan is a hard-working woman, who lost her job to circumstances beyond her control. When she started counseling, she was extremely guarded, with stuffed emotions, and gave her therapist yes or no answers. Joan did not have a good experience in therapy before, so she was reluctant to start again. She has classic depression with low self-esteem, deep sadness most days, and feelings of hopelessness.  Our therapist observed how physically rigid she was during sessions. She sat straight as a board, looking tense and pained.

After 5 sessions, she broke free, opened up, cried, came to trust the process of healing. She is starting to love herself and express herself. Joan and her Foundations therapist are working on coping skills, which Joan practices between counseling sessions. Over the coming months, they plan to unpack and address her childhood abuse. Joan sees the value in therapy. She went from using words like “I’m stuck” to “I can do this”. She updated her resume and has a part-time job. She is using exercise as a coping skill, taking a walk almost every day. Now Joan sits comfortably in the chair in her therapist’s office, and her body appears calm and comfortable. 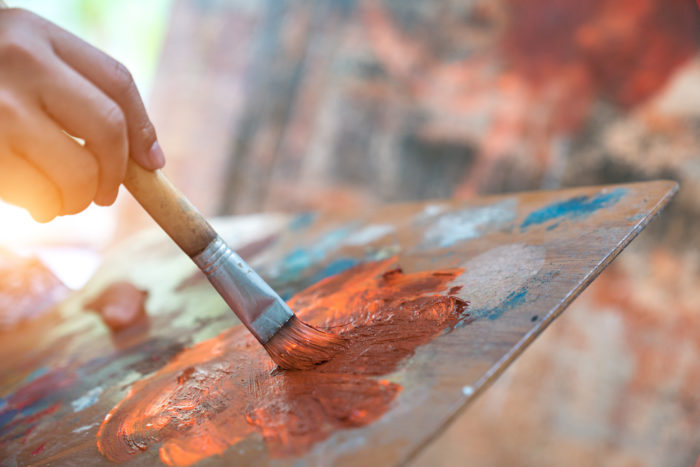 At one of our commnity-based mental health clinics at a homeless shelter, a resident in her early 60s has been routinely attending the group therapy provided by a Foundations therapist. The client is chronically homeless, and this is the most stable she has been in her adulthood. For the first time in her adult life, she recently transitioned to transitional living associated with the shelter. The consistency of group therapy has been a great support for her in her transition to stable housing. Our therapist and shelter staff work together to engage her in a structured program. She is a role model for other residents to attend the group consistently. Therapy using art is an important tool for our therapists and clients. Art helps clients communicate through their emotions and barriers. It helps clients gain insight into themselves, and helps with emotional regulation.

Breaking the Language and Cultural Barriers to Healing

A Foundations’ therapists started working with a teen whose trauma history includes sexual abuse. She struggles with anxiety and panic in groups, having trouble breathing, crying, and feeling tense, overwhelmed and nauseous. She felt anxious when she was not in control. She struggled in school and had trouble sleeping, low energy, and trouble concentrating.  The mother’s health insurance did not include mental health counseling. Our therapist also worked with the mother to help her understand her daughter’s trauma effects and how she can assist daughter in coping.  Due to language barriers, our therapist uses interpreter services when working with the client’s mom.  Working with the teen client, our therapist has been using Brainspotting therapy interventions to work on her fear drowning.  Two weeks after the first Brainspotting session, the teen went swimming, enjoyed it after having some fears and physical reactions, used the coping skills she worked on with her Foundations therapist. The client is excited to go swimming again and is doing the tough work to persevere through her trauma.

One of our child therapists works with a 9-year boy from Laos. While the child speaks both English and Hmong, the mom only speaks Hmong and is taking ESL classes. In this case, an interpreter is critical to developing trust with the mom, who is a single parent. The interpreter waits until the mom is finished speaking before interpreting for the therapist, so the therapist can focus on the body language of both the mom and the client. The interpreter helps provide cultural context and reduces the layered stigma associated with both mental illness in general and any cultural barriers that exist. Without this interpretation service, some of the most vulnerable and isolated people in our community would go without mental health care.

What stories of HEALING can you help us create?

Note:  Personal information has been changed to protect the privacy of our clients.