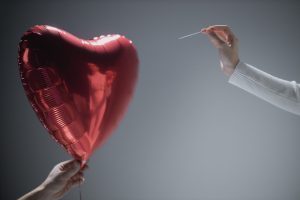 Love on the Rocks

Is the sound of a door being slammed by your partner becoming too common in your home? Is the silence of your partner or the lack of compromise between you becoming disheartening? Problems within romantic partnerships are common and can feel very stressful for those involved. At times, the experience of constant disputes with your significant other can cause an overwhelming feeling of disconnection, and it may feel like your conversations get you nowhere. Indeed, it may feel like you and your partner are having the same conversation repeatedly and not making any headway to close the rift between you. Of course, love in trouble can manifest is a variety of ways.

So, what can you do about this fractured love? One solution to consider is couple’s counseling. Eileen Kozlovsky, LPC, CSW, a licensed therapist here at Foundations Health and Wholeness prefers to use The Gottman Method when working with couples. “It’s a method that’s been developed over the last 30 years, ” Eileen said, “and I find it to be really effective at addressing difficult relationship issues.” The Gottman Method is research-based and has helped many couples overcome problems since its inception. According to The Gottman Institute, “The goals of Gottman Method Couples Therapy are to disarm conflicting verbal communication; increase intimacy, respect, and affection; remove barriers that create a feeling of stagnancy; and create a heightened sense of empathy and understanding within the context of the relationship.” This method in anchored in creating a foundation for relationships to be rebuilt, heal, and ultimately thrive.

How does it work?

In practice, The Gottman Method looks a little like this, according to folks at The Gottman Institute:

“Couples who enter into Gottman Method Couples Therapy begin with an assessment process that then informs the therapeutic framework and intervention.

Assessment
A conjoint session, followed by individual interviews with each partner are conducted. Couples complete questionnaires and then receive detailed feedback on their relationship.

Therapeutic Framework
The couple and therapist decide on the frequency and duration of the sessions.

When utilized successfully, the outcome of The Gottman Method should be a deeper understanding of your partner and yourself, as well as the skills needed to maintain a healthy relationship.

When using this method of couple’s counseling with her clients, Eileen likes to focus on what the Gottman Institute calls “The Four Horseman” (a metaphor borrowed from the Bible to describe actions that may cause “end times” for a relationship): Criticism, Contempt, Defensiveness, and Stonewalling. 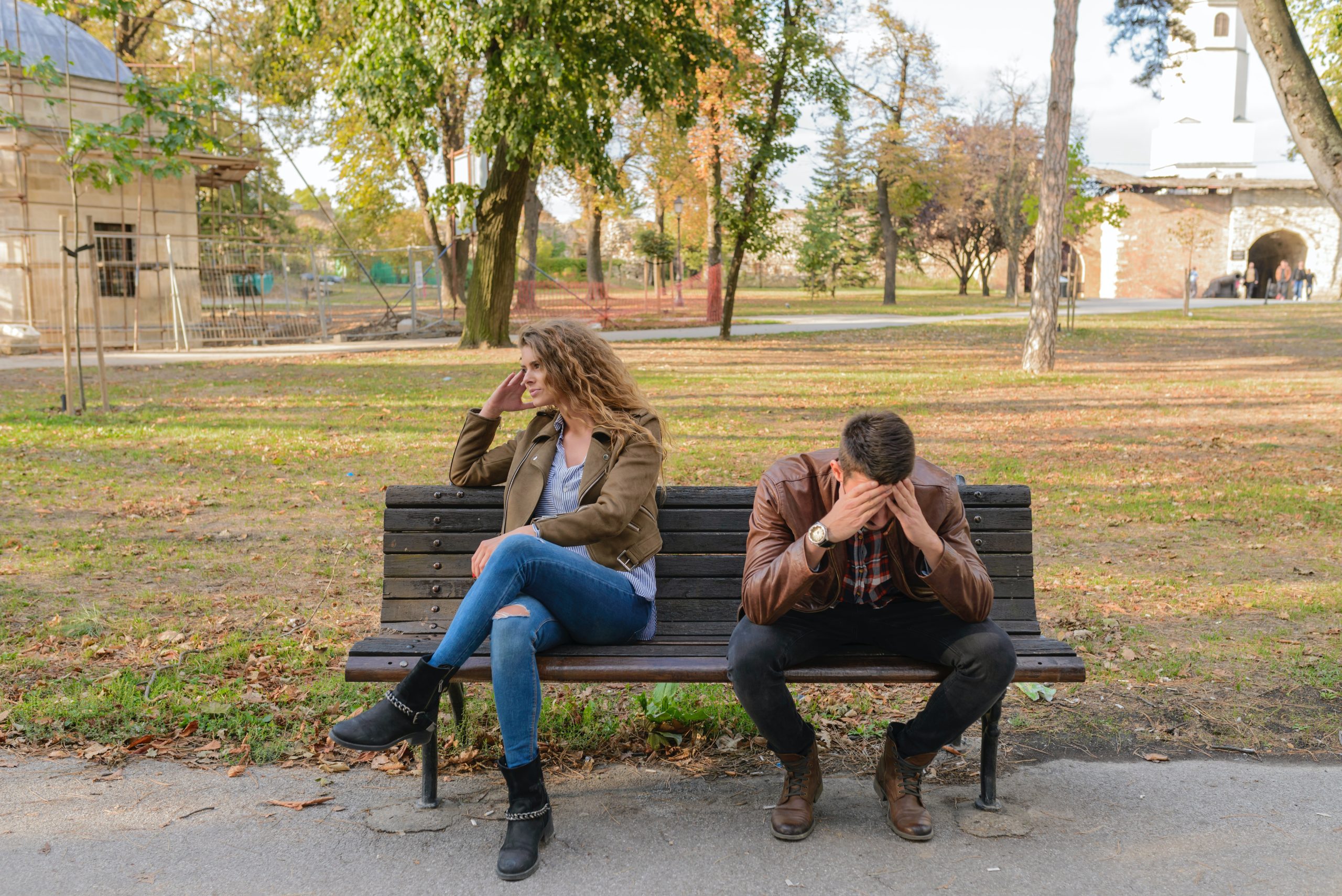 Criticism is an ad hominem attack on your partner’s whole being or character rather than addressing the true upsetting issue. The Gottman Institute expresses that the problem with criticism is it can easily lead to the other horseman; moreover, it tends to become a habit that tends to color the way in which one views and interacts with their partner. In turn, your partner can feel assaulted, rejected, and hurt. Over time, criticism can become more frequent and intense with negative intent.

The second horseman is contempt. To interact while one is filled with contempt is to treat another with a high degree disrespect so as to make them feel worthless, despised, or demeaned. “When we communicate in this state,” The Gottman Institute states, ” we are truly mean – treating others with disrespect, mocking them with sarcasm, ridicule, name-calling, mimicking, and/or body language such as eye-rolling.” In the end, contemptuous communication will not get issues solved and, instead, is likely to augment the rift between you and your partner. The Gottman Institute warns that “criticism is the single greatest predictor of divorce,” according to their decades of research.

Defensiveness is the third horseman. Everyone gets defensive from time to time, but persistent defensiveness in a relationship can cause one’s partner feeling as though they aren’t being heard or taken seriously. “When we feel accused unjustly,” notes The Gottman Institute, “we fish for excuses so that our partner will back off. Unfortunately, this strategy is almost never successful.” When we become defensive and make abundant excuses, these actions tell our partners that we do not take responsibility for our actions and do not take their feelings or requests seriously. Instead, they are likely to feel neglected or being fed falsehoods.

The fourth and final horseman is stonewalling. Stonewalling occurs when the person who should be listening withdraws from conversation or interaction. The person shuts down and closes themselves off from their partner. Accordingly, due to lack of responsiveness, all attempts at communication become ineffective. “Rather than confronting the issues with our partner [which tend to accumulate over time],” says The Gottman Institute, “we make evasive maneuvers such as tuning out, turning away, acting busy, or engaging in obsessive behaviors.” Over time, stonewalling increase in frequency until it becomes overwhelming and poisons a relationship.

Being able to identify The Four Horseman is the first step to being able to address them and the damage they may have caused in your relationship. Additionally, these harmful habits can affect all types of relationships – family, friends, professional, and more. So it’s important to pay attention to your communication style with others, especially when the conversation is a challenging.

The Antidotes for The Four Horsemen

Luckily, to eliminate the problems caused by The Four Horsemen, The Gottman Institute created Antidotes to help improve interactions and communications for couples who are struggling in their partnerships. Here are the Antidotes, according to The Gottman Method:

For Criticism: The antidote for criticism is to complain (which focuses on something specific, like a behavior) without blaming language. Instead, one should talk about their feelings using “I statements” and then respectfully express a positive need. What do you feel? What do you need? For example, “I feel like you’re not listening to our conversation, and it’s hurting my feelings. Can you please put your phone down and be more present?” 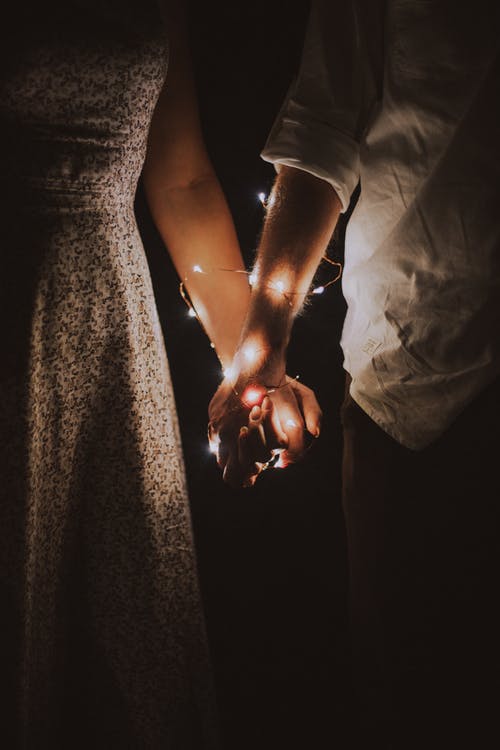 For Contempt: Contemptuous statements and attitudes come from a relative position of perceived superiority. Some common examples of expressing contempt include: sarcasm, cynicism, name-calling, eye-rolling, sneering, mockery, and hostile humor at the expense of one’s partner. Since contempt is the greatest predictor of divorce, it is highly necessary that it is eliminated from relationship interactions. The antidote is building a culture of appreciation and respect for your partner.

For Stonewalling: Stonewalling occurs when one withdraws from interaction or critical communications. The antidote to put into practice is physiological self-soothing. According to The Gottman Institute, “The first step of physiological self-soothing is to stop the conflict discussion. If you keep going, you’ll find yourself exploding at your partner or imploding (stonewalling), neither of which will get you anywhere. The only reasonable strategy, therefore, is to let your partner know that you’re feeling flooded and need to take a break. That break should last at least twenty minutes, since it will be that long before your body physiologically calms down. Spend your time doing something soothing and distracting [instead of stewing over the problem].” When you and your partner can return to the problem or conversation, you should feel a little more clear-headed and ready to work toward resolution in a respectful manner.

In brief, communications between you and your partner should be respectful, clear, honest, and present. It’s a good idea to check in with yourself about your intentions, perspective, and attitude before approaching your partner with crucial conversations or interactions.

For couple’s counseling to work optimally, all parties need to be willing to actively participate in the therapeutic work that’s required. Healing a partnership is not a one-way street. It takes two to overcome the problems that arise in a partnership. Though the work may be challenging or feel frustrating at times, the end result, healthy love and a thriving relationship with your significant other, is well worth the time and effort. ❤

Foundations Health and Wholeness wants to see you heal and thrive! If you and/or your loved one feel as though you may benefit from therapy, please contact our compassionate client engagement team at 920-437-8256 to set up an appointment with one of our licensed therapists.

Foundations is here for you.